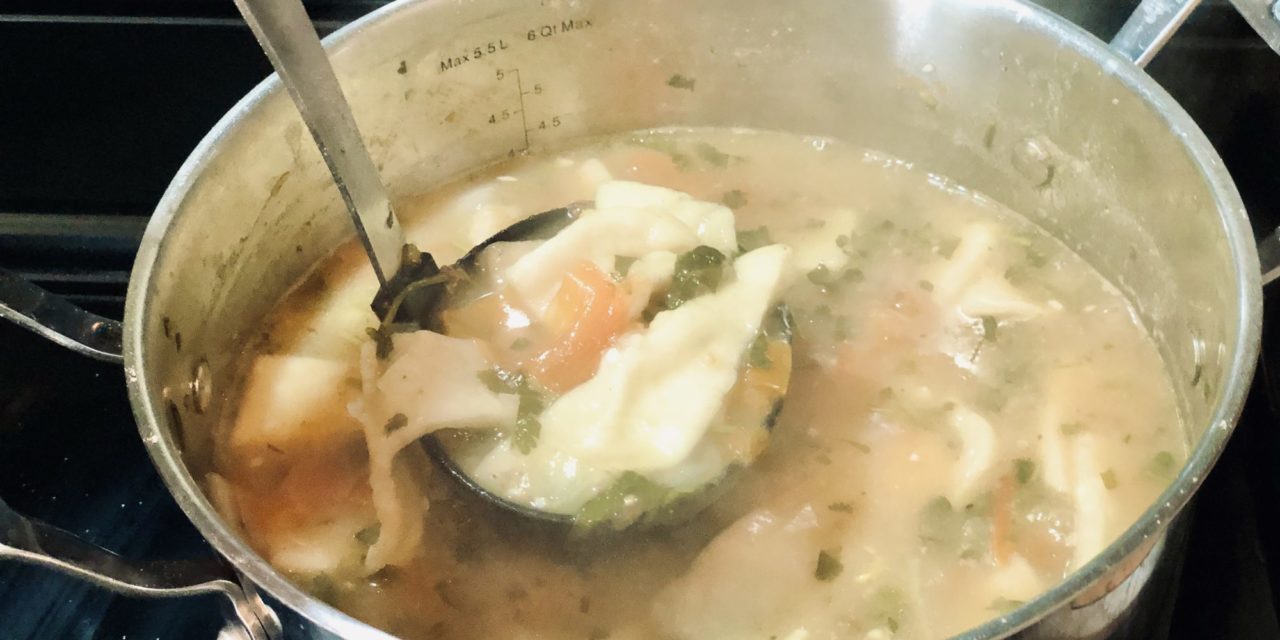 Several years ago, when I was working as a student midwife and had first told some of my friends about my new boyfriend, Derick, who was living and working in Nepal, a fellow student and friend of mine (Lindi) who had previously lived in Tibet made me this delicious soup to give me a taste of what some of Derick’s food in his Tibetan/Nepali neighborhood might be like and nicknamed it “Derick’s soup.” There are many versions of Thukpa and Thentuk depending on where you are, but this is the one we make and love. In Nepal, it might be made with water buffalo or chicken meat but could also be made with just vegetables.

3 cups flour (plus more for surface)

With olive oil, brown meat on both sides in a skillet. Add broth (or water) to large pot with onions, tomatoes and garlic and bring to a boil. In mixing bowl, combine 3 cups flour with 1 cup water and stir then knead for 10-15 min. continuing to add flour until dough is formed and smooth. Roll out dough on floured surface (about 1/8″ thick) and cut with pizza cutter into strips (about 1″ wide). Tear off small pieces and put straight into boiling broth. Add cooked meat and cilantro. Boil a few minutes until noodles are cooked, then add salt and pepper to taste.

Fun Fact: Sometimes we like to listen to the appropriate cultural music while eating international meals. I also listened to lots of Nepali and Tibetan music when Derick and I were dating while he was still in Nepal because it made me feel a little closer to him. 😉

Disclaimer: Recipes on this site are a collection of our favorites. Some are our own recipes and others may have not originated on our site and/or have been adapted from other sites. 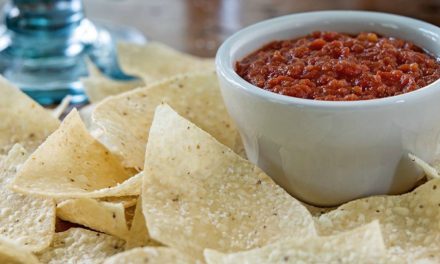 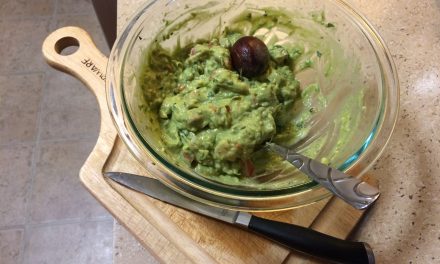